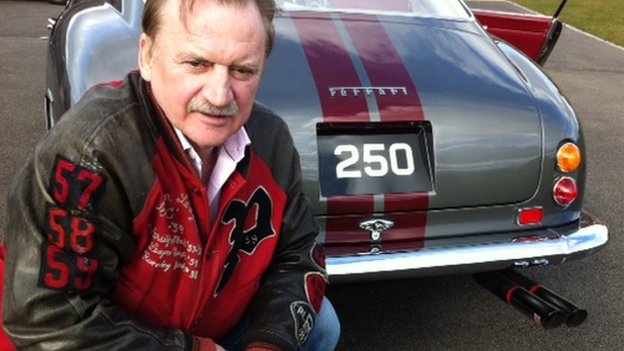 When the auctioneer’s hammer came down, classic car dealer John Collins was looking at a bill of £518,000.

But it was not a rare Ferrari that he had bought. It was a number plate.

The registration plate “25 O” is the most expensive ever bought at a Driver and Vehicle Licensing Agency (DVLA) auction.

Even so, Mr Collins, who owns classic Ferrari dealer Talacrest, says he would have bid more at the auction for the plate which matches the 250 model.

“It was a question of holding one’s nerve until the very end,” he says, glancing at the plate on the vehicle which itself has an estimated value of millions of pounds.

“I hate to say it but it could have been the first £1m number plate. I’m glad it wasn’t, but I hope one day it will be.”

He is not the only motor enthusiast buying a personalised plate as an investment, according to brokers. Despite sometimes being seen as a tacky accessory for the rich and famous, the popularity and value of some plates have been rising.

A number plate linked to one of the most expensive cars in the world has failed to approach a record price.

Registration “250 C” was expected to appeal to owners of Ferrari’s 250 GT California Spyder and had been tipped to sell for more than £500,000.

However, the hammer fell with bidding at £21,500 during the DVLA auction in Nottingham.

The link to Ferrari’s car was expected to be enough to attract some wealthy buyers to the “250 C” registration.

A replica Spyder with the registration “NRVOUS” was famously destroyed by Matthew Broderick’s character in the 1986 film Ferris Bueller’s Day Of
www.Premier-Number-Plate.co.uk – 0208 144 1715