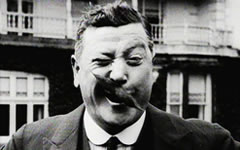 News stories of late have been full of registrations that have been ‘firsts’. The registration M1 was sold in 2006 for a then record fee of £331,500. M1 was the very first registration issued in Cheshire, in 1903, and was sold at the Goodwood Festival of Speed in 2006 to businessman Mike McComb. Mr McComb made his millions in the mobile phone industry, selling his chain of stores to BT Cellnet in 2000 for £40m before turning his hand to property development. It’s alleged that he purchased the M1 number plate for his then 10 year old son, but it seems dad has borrowed it as it’s currently being sported on a White Mercedes Benz SL63 AMG convertible.

Two years later and at its second attempt to sell, Essex County Council sold their F1 vehicle registration for a whopping £375,000. This smashed the previous record and was bought by Bradford-based businessman Afzal Kahn. Once the VAT had been added Mr Kahn stumped up £440,625 to use this number plate, that for many years had been worn on the Essex County Council Chairman’s Volvo. First registered in 1904, the year that it became compulsory for all motor vehicles to bear a registration plate, it was owned by Essex County surveyor, Percy John Sheldon. It was handed back to the county in 1955 after over half a decade in private ownership where it was used on a series of civic limousines. The money made by the council is to be put towards road safety, by improving the skill level of young drivers in Essex. More recently it has been published in the press that Mr. Kahn has turned down a £5 million offer for the registration, which has been used on a number of different vehicles including a Bugatti Veyron and a Mercedes-Benz SLR McLaren since the Kahn Design founder took ownership.

While these are now both considered private number plates, and incredibly sort-after ones at that, they weren’t issued with that intention. The fact that they are number 1’s is simply down to the number system, and that they were issued before any other registration in their respective counties. They don’t represent a name or a person’s initials and the original owners only came by them by the good fortune of being wealthy enough to own a vehicle in the early 1900s and generally, knowing somebody at the issuing office!

The story of the private number plate is a little different. T8 was probably not the first private number plate as many people think, but is generally considered the first ‘celebrity’ number plate and records only really exist due to its famous owner. The T-style registrations were also brought in during the first decade of the twentieth century in the Devon administrative area and T1 would’ve been the first issued, much like F1 and M1. However it was T8 that was famously owned by music hall comedian, Harry Tate, who later became a film star in the 1930s.

Tate was born Ronald Macdonald Hutchinson in 1872, and before finding fame worked for Henry Tate & Sons – Sugar Refiners, from which he took his stage name. We can assume that it was issued as the eighth registration in Devon, and is known as one of the first registrations to be transferred from vehicle-to-vehicle. Tate’s vehicles proudly wore his newly invented private number plate for many years. Tate sadly passed away shortly after suffering a stroke in 1940 and sometime after the plate was on the move again. T8 was sold to Tate’s previous employers who had since merged with rival refiners Abram Lyle & Sons to become Tate & Lyle. It has since moved into private hands and can currently be seen on a 2002 Alfa Romeo 147 T-Spark thought to be worth around 1-2% of the value of the number plates