If your vehicle has been involved in an accident and the number plate has been damaged, then you need to make sure you get it replaced. We all know that number plates have an important job to do, so if your number plate is damaged then you could be fined – which is of course something that you want to avoid!

The good news is that replacement number plates are affordable and easy to get hold of, so you don’t need to stress yourself out getting hold of one of these.

One of the best pieces of advice that could be given to you is to make sure you buy from the right place. Lots of websites sell ‘display plates’ which means that these are just for fun – and cannot legally be displayed on a vehicle on the road.

Make sure that you buy from a company that is registered with the DVLA and that they sell road-worthy number plates. There are a number of rules around number plate creation, so you want to make sure that wherever you buy from follows these rules. You could get in trouble if you don’t, so taking a few minutes out to double check that you are buying road worthy plates is really worth your while.

Why Should I Replace My Number Plate?

Number plates are designed to be clear and easy to read – so that vehicles are easily recognisable. If your number plate has been damaged and the letters/numbers aren’t as easy to read as they should be then you could land yourself in hot water. There are a number of rules surrounding number plates – the font has to be correct, the size of the letters, the spacing between them and the way that they are displayed are all legislated. If your number plate doesn’t match this then you could risk a hefty fine.

When you look at how easy it is to get hold of number plates and even fit them to your vehicle, you’ll see that there is no reason to risk a fine in this way. You can easily buy road-worthy number plates from online retailers, many of which will get it shipped to you for delivery the very next day. They often come with fitting kits which means that you can easily fit it to your own vehicle, even if you have never done this before!

With it being so easy, there really is no excuse to risk getting into trouble by driving around with a damaged number plate.

Can I Buy A Replacement Number Plate From eBay?

For many people, turning to multi selling sites as Amazon and eBay is the first choice, because you can get everything you need from one central place – shopping made easy!

Whilst there is technically no legal reason why you can’t buy a number plate on eBay, it isn’t as easy as saying a resounding ‘yes you can’.

What many people do not realise is that there are two types of number plate – display plates and road worthy plates. When you are shopping for number plates on eBay you can’t really be 100% that it is going to be road worthy and legal. You’re taking a big risk by displaying the wrong type of number plate on your car, because it is you that will get into trouble with the law and not the person you bought from.

The best thing you can do is shop around and make sure that you buy from a company that is registered with the DVLA and gives you reassurance that the number plate you are buying is road worthy and legal. There are lots of retailers online that offer this – so you can still sit at home and shop online!

Whether you just want to replace your number plate, or the one of your vehicle is broken it stands to reason that you are going to want to make sure you go about it the wrong way.
Plate Rules and Legal Requirements
When it comes to displaying number plates on vehicles, there are a number of rules surrounding this. Lots of them refer to the font and spacing used and are in place to make sure that number plates are easy to read.
Size Guidelines are:

When will then be closed ?? 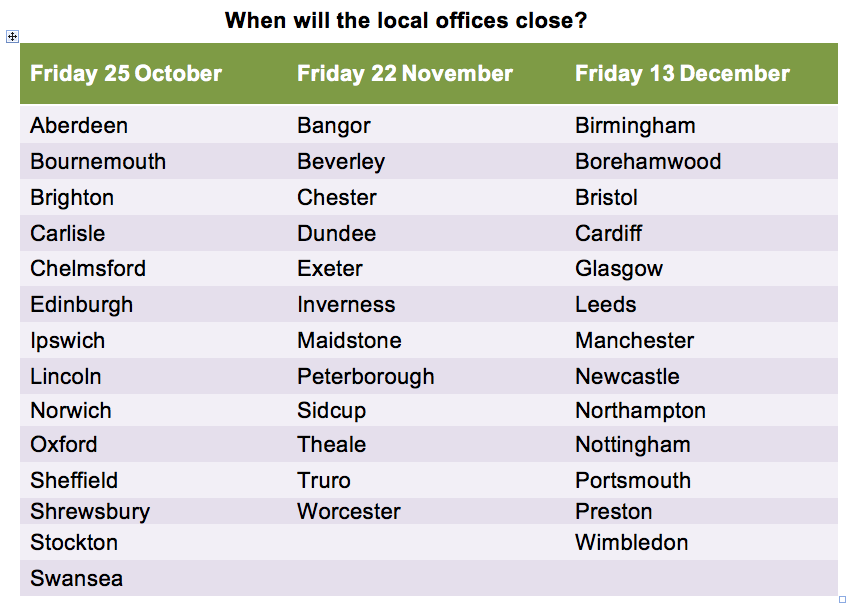 Store managers had raised concerns over shopliftings taking place and suspects leaving in vehicles. Over 2,000 vehicles passed through the operation and officers dealt with 84 alerts.

The following offences were dealt with:

PC David Clifford-Smith said “We will arrange operations like this to support our local stores and offer crime prevention advice to members of the public.”

In a month-long campaign 60 Bedfordshire drivers were given a formal penalty for using a mis-represented number plate on their vehicle.

Depending on the circumstances, they received a fixed penalty ticket, a vehicle defect rectification notice or a police warning.

Number plates that are difficult to read correctly are illegal and make it difficult to identify vehicles that are involved in crime, for example, tracing a stolen car or a vehicle used in a getaway after a robbery.

As part of Operation Dragon, ANPR officers looked out for motorists with number plates that:

• were not easily readable or recognised by the naked eye.

“Addressing misrepresented registrations is a very important part of this on-going work. The month long crack-down across the three counties, when we specifically targeted this particular offence, will be repeated in the summer but is something we look out for on a daily basis.

“If you are displaying a number plate which is illegal, you will be pulled over and could face a fine of up to £1,000. I would therefore urge anyone using a misrepresented plate, or who is not aware of the permitted layout, to familiarise themselves with the correct format and change it as soon as possible.”

All cars in the United Kingdom have two number plates attached to them. There is a white one of the front of the vehicle for example and a yellow one on the back. Unfortunately though thieves target number plates from cars with many being stolen from all over the country.

Huddersfield is just one area that is fighting back against crime, with the help of the West Yorkshire Police and the Local Ford Dealership Polar Ford. On Wednesday 6th February anti-tamper number plate screws can be fitted to vehicles in the local area completely and utterly free of charge.

Chris Sheard who is an Inspector with the Huddersfield South Neighbourhood Policing Team had the following to say earlier this week. Speaking to The Huddersfield Daily Examiner Inspector Sheard said, “We support schemes such as this in helping the local community take measures to help combat vehicle crime. Using tamper proof screws will make it much harder for number plates to be stolen.”

Number plates are often stolen for a number of reasons, with the main ones being speeding tickets and driving off from petrol stations without paying for fuel.

Paul Darwell who works at the Polar Ford Dealership was also quick to endorse the scheme and urged people to take the company up on their free offer. Mr Darwell said, “Swapping out standard screws for the anti-tamper variety is a very quick, yet effective way to deter number plate thieves and we’re very pleased to be able to provide this free service.”

So the message is if you live in Huddersfield and the surrounding areas get down to the Polar Ford Dealership as quick as you can on Wednesday 6th February and get your car fitted with the anti-tamper number plate screws. In doing so you will be doing your bit to fight crime and keep the thieves at bay.