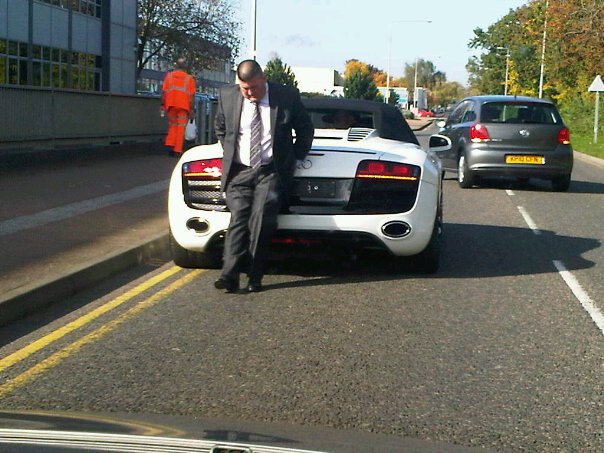 According to the latest edition of the Guinness Book of World Records, the first ever licence plate was one issued to a Canadian vehicle in 1884, flying in the face of conventional wisdom, which states that plates were introduced by France in 1893.

The discovery is causing quite a stir in Victoria, British Columbia, which is about to celebrate its 150th anniversary. Plate enthusiast, John Roberts, has the black enamel plate ‘6’ in his collection of artefacts. “Collecting licence plates and selling them has been my hobby for 35 years,” he says. “An old gentleman in his early 80s responded to a classified ad saying he’s got this black and white Victoria plate. I knew exactly what it was and I went around and bought it for $1,000 which he thought was outrageously high.”

The registration was, indeed, one of a series issued to Victorian taxis in response to concerns about over-charging by operators, although some are questioning the authenticity of the plate itself, claiming it to be a reproduction.

Furthermore, Canada’s claim to number plate posterity is hotly contested on the grounds that the 1893 taxis were, in fact, horse-drawn. Whether this necessarily disqualifies the claim depends on your definition of ‘number plates’ and whether they are exclusive to road vehicles powered by internal combustion engines.

When the commonly accepted earliest registrations were issued in France, it just so happened petrol driven cars were in proliferation. The legislation could equally have applied to diesel or electric modes.

Nevertheless, Roberts feels that this little piece of history should be exploited to the full and has urged the city council, who are said to be “jumping up and down” at the news, to issue a special commemorative series of plates numbered 1 to 2012 in the same style, to mark the anniversary celebrations.

However, the licensing authority spokesperson, Adam Grossman, is not optimistic about the success of the proposal. “We receive hundreds of applications a year,” he says. “Only two have ever been approved: one edition for the veterans and another for the Olympics.” 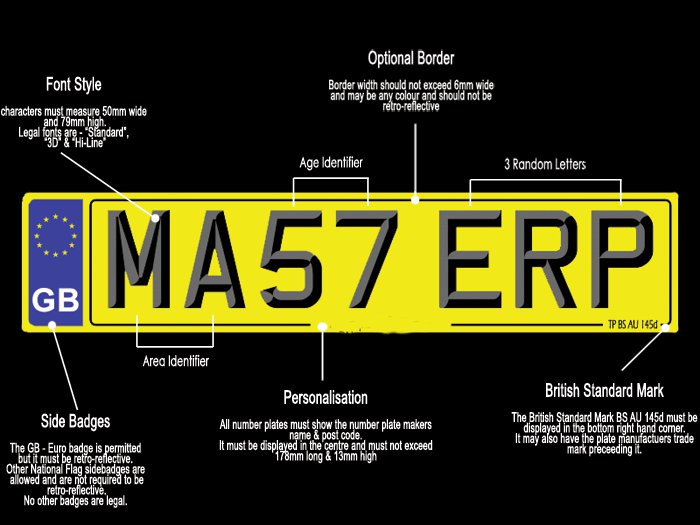 Below are some examples of how your registration should be spaced to be legal.

There should be an 11mm space between characters and 33mm gap between the groups of characters in the registration.

When you enter your registration enter the space with the keyboard to achieve this.
Make My Own Number Plate
Some examples of non legally spaced registrations

More than 1 space between the two groups.
Make Your Own Number Plate Online

These are only examples – not a complete list spacing options.
Legal Plates

For a plate to be legal it has to be spaced correctly and use the correct legal items on the plate.

On our website everything is for legal plates only. There are 4 legal fonts. The only legal graphics are listed in the Legal side badge dropdown box, in addition you are allowed a border.

All our plates are made to British Standard and we will include the BSAU145d number and our name and postcode on the plates discreetly.

Please see following for further information – download a document to show this.
Border

This is a border line around the outside of the plate and it is legal if you wish to include in any colour on your plate.
Fonts

There are 3 legal fonts Legal Standard, Legal 3D, and Legal Hi-line.
Side badges

These are the side badges deemed to be legal for road use. For Example you may wish to display the Euro symbol and GB national identifier on the number plate. This will dispense with the need for a separate GB sticker when travelling within the EU.
Offences

It is an offence to alter, rearrange or misrepresent letters or numbers in order to form names or words or in such a way that makes it difficult to read the registration number. Characters must not be moved from one block to the other e.g. AB51 DVL must not be displayed as AB5 1DVL or AB 51DVL. Vehicles with illegally displayed number plates may FAIL the MoT test. The police can also issue fixed penalty fines for illegally displayed number plates. Offenders are liable to a MAXIMUM FINE of £1,000 and in some cases the mark may be withdrawn.
Make My Own Number Plate
Premier Show Plates 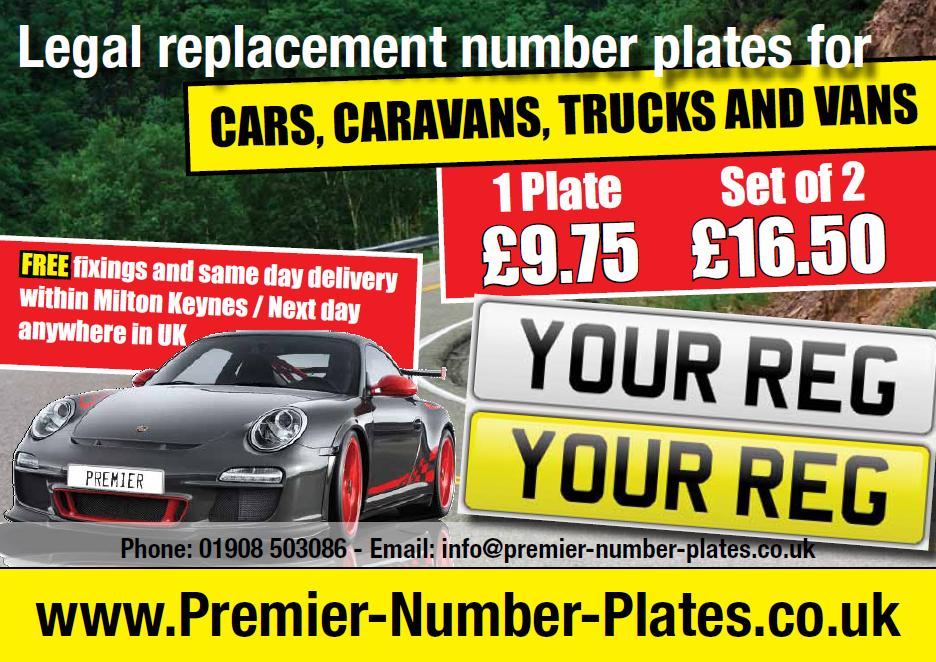