After a kiss that thrilled the nation, Prince William drove full throttle into the nation’s affections as he took his new wife on an unexpected drive to Clarence House.

They left their Buckingham Palace reception in Prince Charles’s open-top Aston Martin with ‘Just wed’ on the number plate.

It was the fitting climax to what had already been a remarkable day – and it was the common touch his mother Diana would have been proud of.

Prince William emerges from Buckingham Palace in his father’s dark blue Aston Martin as the crowd roars. The number plate on the rear said ‘Just Wed’

Unexpected: William motors around Buckingham Palace with his new wife in his father’s 38-year-old Aston Martin which Charles was given as a gift for his 21st birthday party

Happy couple: The Aston Martin Volante is decorated with balloons and a ‘Just Wed’ registration plate, as William and Catherine emerge in the soft-top vehicle 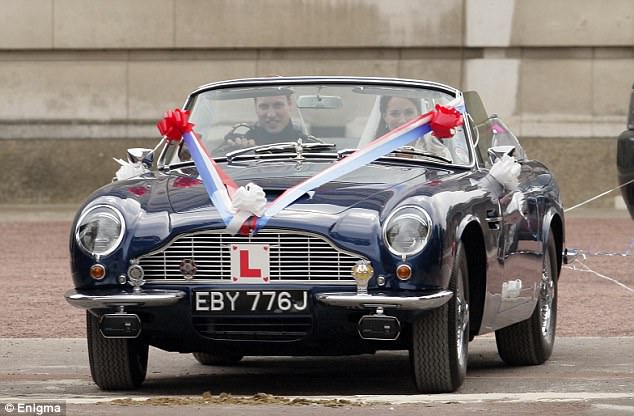 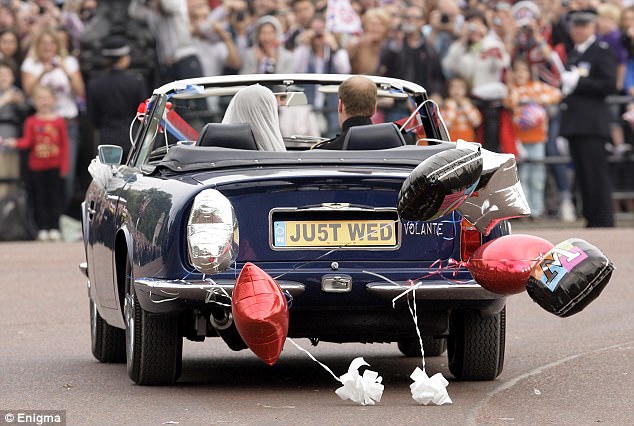